Welcome to the inaugural episode of Ending the Myth! In this limited series Munya and Brian are going to be discussing Greg Grandin’s 2019 book, The End of the Myth: From the Frontier to the Border Wall in the Mind of America. In this introduction to the show we discuss historian Frederick Jackson Turner and his Frontier Thesis. We cover material from CH 7, the Introduction, and CH 1.

It’s Episode 1 and we are already making a detour from End of the Myth to look at historian Lerone Bennett Jr’s excellent 1970 essay “The Road Not Taken.” We discuss the central role of the slave system to America’s development and the role of contingency in history, of the road not taken.

After taking a brief detour we return to Grandin’s End of the Myth to talk about the treatment of the Native American population in the United States up until the 1830s. We cover Chapter 1&2 of the book for those following along at home.

We discuss the arrival of Andrew Jackson on the political scene and the role of Jacksonian democracy in Westward expansion -- It’s not good, folks. For those following along at home, we are covering chapter 3 of the End of the Myth.

The metaphor of the “safety valve” is a critical concept for Grandin and his book. We explore the various ways in which this metaphor was deployed in the early 19th century before delving into capitalism’s unending “urban crisis.” For those following along at home, we will be covering material from chapter 4 in End of the Myth.

Historian, friend of the show, and fellow Texan, Mary Anne Henderson joins us to talk about Texas. We talk how and why it was settled and revisit the nearly totally forgotten Mexican War. We will be discussing material covered in chapter 5 from The End of the Myth and much, much more!

We take a detour from End of the Myth to discuss the rise of the abolitionist movement and delve into how the Civil War broke the Jacksonian consensus. Ultimately, we leave on a cliffhanger: “Will the US be able to maintain this momentum to build a more equal society by seizing on the revolutionary potential of the moment? Or will it use racism, violence, and westward expansion to crush resistance to capital?” You will have to wait until next week to find out!

We are joined by Matt Christman of Chapo Trap House and the new podcast Hell of Presidents, which he hosts with Chris Wade, to talk with us about the disastrous presidency of Andrew Johnson. Sometimes there is a man who is exactly the wrong (right?) man for the moment. Andrew Johnson is that man.

We are joined by historian Richard White, author of Railroaded and The Republic for Which it Stands, to separate fact from fiction in the story of America’s westward expansion in the late 19th century. It is a wide-ranging discussion that you will not want to miss!

The Spanish – American War allowed a wounded nation to finally heal after the Civil War on the common ground of vicious racism and an insatiable lust for profit. That’s right, after some great interviews, Munya and Brian are back on that grind, talking End of the Myth. For this ep we will be talking about themes from chapter 8 of End of the Myth.

The Progressive Era is the bridge between the America of the 19th century and the America of the 20th century. With the birth of the corporation in the Gilded Age and the rise of American imperialism with the Spanish-American War, the capitalist class created the modern American imperial state with all of its attendant bureaucrats and functionaries.

In part one of this two parter, we discuss the early labor movement and how the implementation of Jim Crow was used to enact a counter-revolution against Reconstruction. We also answer the question, “How did American towns and suburbs get to be so white?”

BONUS – The War on Christmas

A special stocking stuffer for our loyal listeners, Brian regales Munya with the history of the war on Christmas. Happy holidays!

Munya & Brian conclude their four-part discussion of the Progressive Era by taking a look at the evolution of American immigration laws and violence & racism on the US-Mexico border. For this ep we will be talking about themes from chapter 9 in End of the Myth.

Brian reads an excerpt from Edwin Black’s War Against the Weak to Munya about a massive ethnic cleansing plan drawn up by the state of Connecticut in 1938. This excerpt shows that the United States had more than a minor dalliance with Nazi-style eugenics.

Munya & Brian are joined by historian and friend of the show Ryan Archibald to discuss the politics of travel. A free-ranging discussion of how the US security state came to see international travel and movement as a danger to be closely surveilled and policed.

Munya and Brian discuss the class war that raged in the United States between World War I and World War II. They answer: Why was the American ruling class so obsessed with Mussolini? And, what is the best sales strategy for selling grenade launchers to Firestone? All this and more!

Munya and Brian talk about Chapter 10 of The End of the Myth and the dreaded 7-letter word, “fascism.” They discuss the material and psychological forces at play during the 1930s as well as the role of liberalism in midwifing fascism into being in Europe. They bring Rajani Palme Dutt and his 1934 book Fascism and Social Revolution into the discussion to provide some on the ground analysis of Europe in the inter-war years.

Justin Roll from the History Sucks podcast joins the gang to talk Harry Truman, WWII, the 1944 DNC, and the start of the Cold War.

We’re back with Justin Roll to continue our discussion of the Truman era and the start of the Cold War. If you haven’t already, make sure to go back and listen to Episode 15.

Economist and host of the excellent weekly show Economic Update Richard Wolff joins the show to explain what the Bretton Woods Agreement was, how it worked, and how it ultimately fell apart. Join us on an exciting ride through the decline of the US empire!

Brian and Munya dip into the listener mailbag to answer important questions like: How did the US get away with abandoning de-Nazification? What’s wrong with academia? And, What are our thoughts on drunk driving? All this and more!

Brian and Munya begin their descent into the history of the Cold War. They discuss McCarthyism in the academy, the rehabilitation of Nazi Germany, and the role of the CIA in the art world. This part 1 of a two-part discussion of the early Cold War meant to pair with Chapter 11 of The End of the Myth.

In a follow-up to EP 17, Brian and Munya revisit the political origins of the suburbs, talk about the possible ramifications of siding with the Nazis after the Second World War, and answer the eternal question, “Is Jackson Pollock an op?” 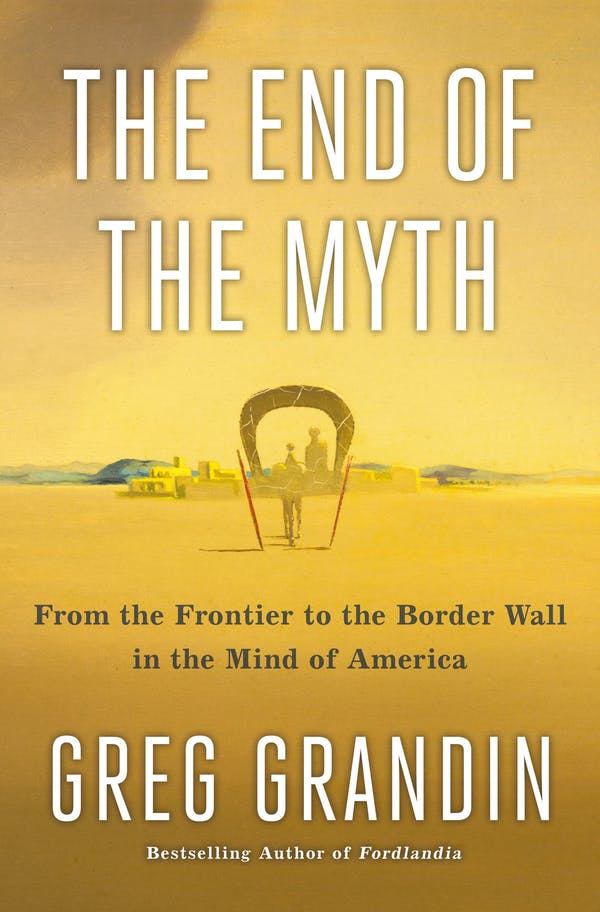 Each episode is accompanied with sources and readings for further exploration. For those on the bleeding edge, we will release these notes one week ahead of their corresponding episode.